The 7,767 kilometre relay is organised by The World Relay Ltd. in partnership with the Foundation for Environmental Education (FEE) and Carbon Copy, and is supported by UNESCO and UNFCCC. In Greece, the relay is coordinated by The Hellenic Society for the Protection of Nature, the national member of the FEE.

Saturday’s ceremony took place at the Floisvos Marina in Athens, where the baton was delivered to the Acron Aoton Trimaran cruises that will take it to Cyprus.

At Floisvos Marina, the baton was carried by swimmer Christos Koromilas, accompanied by actor and ultramarathon runner Agis Emmanuel, who had run from Athens to Glasgow for COP26; Eleni Andreadis, sustainability specialist; Giorgos Kalianis, member of the board of directors of HELMEPA; Stamatina Syrigou; A Woman Can Be team and other runners.

The baton passed hand-by-hand to all those present, reaching Stavros Katsikadis, the president of the Greek Marinas Association and managing director of LAMDA Marinas Investments, who handed it to the Ambassador of Egypt in Greece Omar Amer Youssef, who gave it to the boat heading to Cyprus.

Youssef remarked that COP27 will take place at a critical moment, as science has established beyond a doubt that the window for climate change action is rapidly closing, whether for achieving the temperature goal, addressing the adaptation challenges, or meeting the finance target.

This year’s COP also takes place as the world is still struggling to recover from the economic and social impacts of the COVID-19 pandemic, further compounded by a geopolitical situation with far reaching implications, the most evident of which are the rising energy and food costs, he added.

“These challenges should not become a pretext to delay or slowdown climate action. We hope that COP27 will witness a reiteration of the requisite political will and resolve to climate action at the highest level,” he said.

Also attending Saturday’s ceremony were diplomats from Egypt’s embassy in Greece; Alexandros Pantazis, the deputy mayor of P. Faliro municipality in Athens; Tasos Boutouris, the Olympic sailing champion; the ambassador of Montenegro; representatives from the embassies of Germany, Austria and Switzerland; and primary school students from P. Faliros.

The window of opportunity to tackle the climate crisis in a way that will halt the temperature increase below 1.5 degrees is rapidly closing – it is therefore imperative not to hesitate in taking the required bold and drastic measures, according to Nikos Petrou, president of the Hellenic Society for the Protection of Nature (HSPN), and vice president of the FEE.

He emphasised that the aim of ROoT, the world’s longest ever non-stop relay in the name of climate action, is twofold: to encourage collaboration in addressing the problem at a global scale, and to create a human chain that will deliver a message from global youth with so much support it will be impossible to ignore.

“The message highlights the need for quality climate education as critical element if we are to equip people of all ages with the knowledge and skills necessary to build a sustainable future in which all can thrive,” he said.

At the same time, the relay aims to highlight locations most at-risk from climate change and showcase ingenious solutions to this crisis. Last but not least, thousands of schools will take part in the ROoT School Day on 3 November, he added 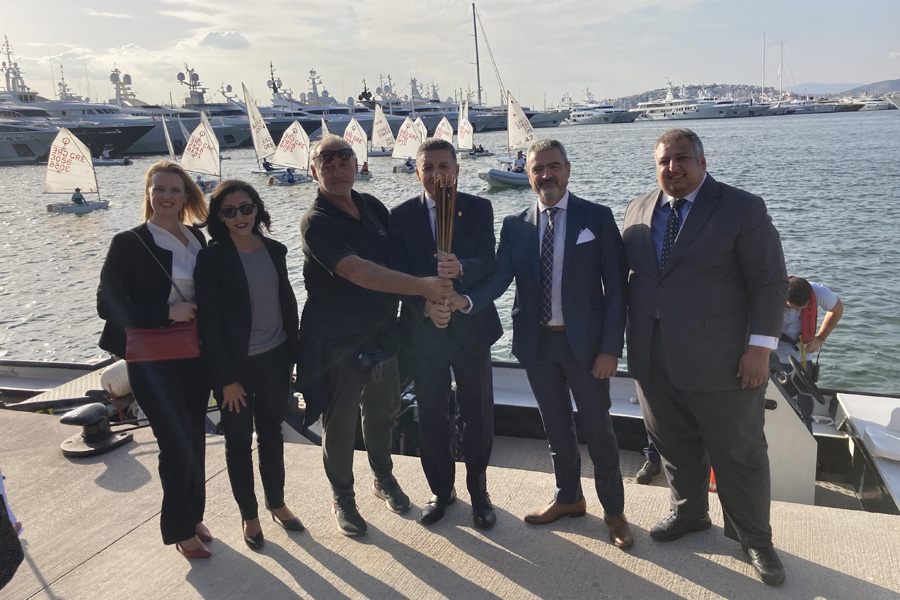 The baton reached Greece from Albania on 24 October where it followed a 755 kilometre route through Kastoria, Veria, Katerini, Larisa, Lamia, Thebes, Marathon, the Acropolis and the Floisvos Marina.

The baton was received in Attica by the fire department at the Marathon Dam, with a theatrical action at the Marathon stadium, and it began the route of the Classic Marathon, along which schools and municipalities were planning parallel events. At the Panathenaic Stadium, the runners were welcomed by executives and athletes of the Hellenic Olympic Committee and Hellenic Paralympics Committee, who carried the baton to the Acropolis, in a festive event for students. 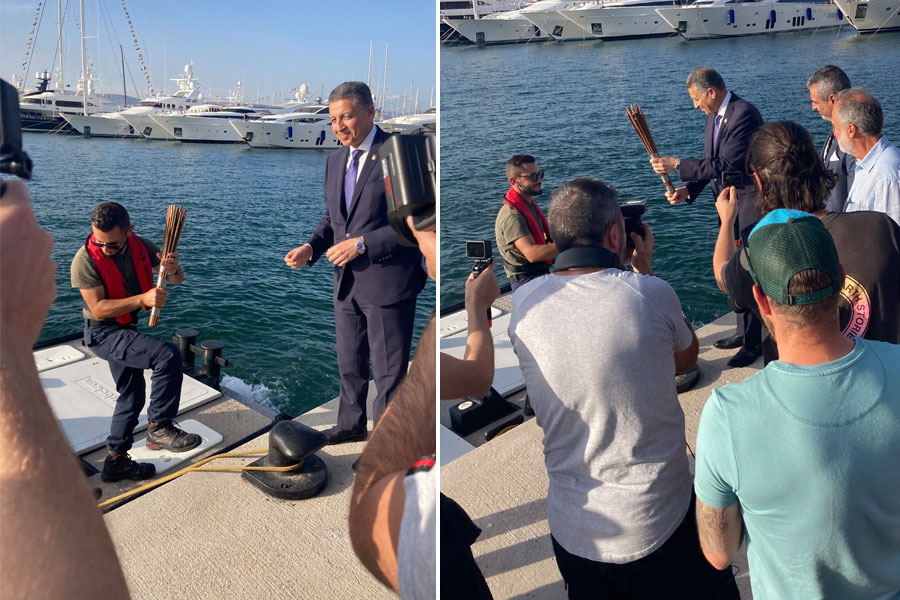