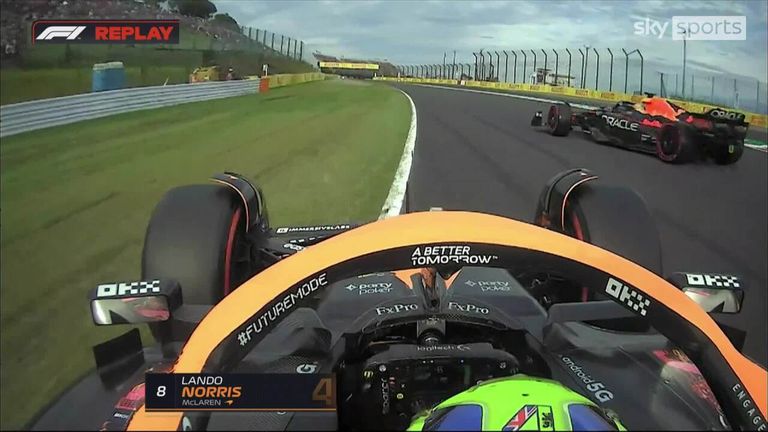 Max Verstappen has a great chance of sealing his second world championship at the Japanese GP after pipping Charles Leclerc for pole position – and keeping top spot following a post-qualifying investigation.

Verstappen was summoned by the stewards after an ultra-close Suzuka shootout for inadvertently turning in on Lando Norris on their first Q3 out-laps and nearly creating a huge collision, but was only handed a reprimand.

The stewards said that Norris – who had earlier insisted Verstappen tried to block him – accepted the near-miss at the high-speed 130R corner was an “unfortunate incident” as the Red Bull driver tried to warm his tyres.

Verstappen’s escape means he stays on pole, which he claimed by just 0.010s ahead of Leclerc, and he can seal his second crown by winning and setting a fastest lap in Sunday’s race, live on Sky Sports F1 at 6am. 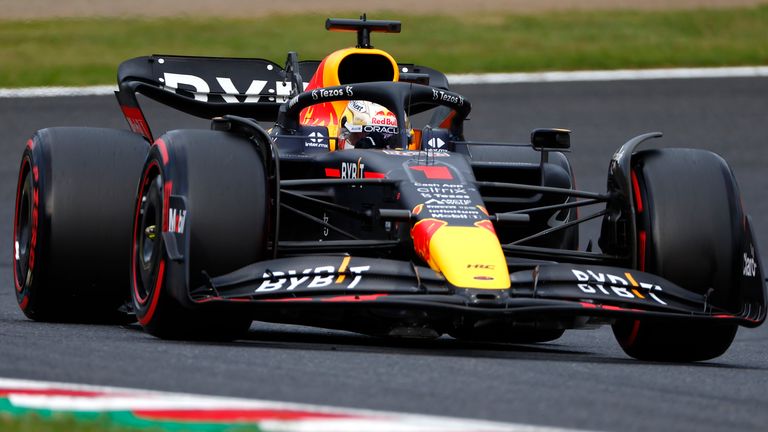 Leclerc finished agonisingly just behind Verstappen in qualifying, with team-mate Carlos Sainz also within a tenth, and though Verstappen did not improve on his final lap he still took pole with a 1:29.304.

Sergio Perez was fourth in the other Red Bull, while Esteban Ocon beat both Mercedes. 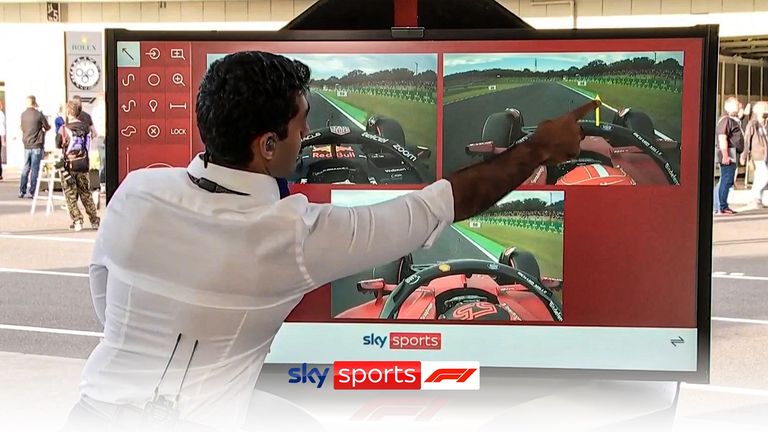 Lewis Hamilton was the lead Silver Arrow in sixth, with George Russell only eighth as the team, down on top speed, failed to replicate their pace from Friday in the wet weather, which could be back for Sunday’s race.

Norris was only 10th for McLaren, behind Sebastian Vettel on an emotional and impressive last appearance at his favourite track. 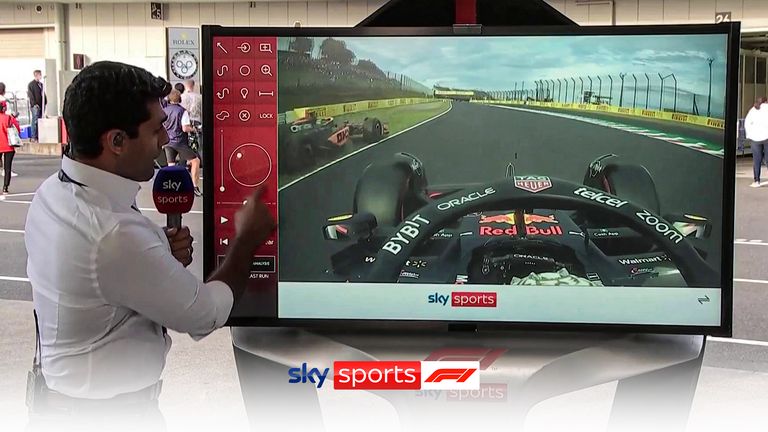 Verstappen, in dominant form, appeared well on his way to pole throughout Saturday’s shootout – quickest in Q1 and the start of Q2 – although there was a hugely contentious moment at the start of Q3.

Before the lap that would eventually give him pole, the Dutchman was driving slowly along the fastest section of track, warming up his tyres. Norris, though, took a different out-lap strategy and went to overtake Verstappen on the straight, before the Red Bull swerved left as he tried to accelerate on his cold tyres.

Norris had to take swift avoiding action onto the grass. Verstappen raised his hand to apologise to Norris on the in-lap, but the stewards quickly stated he was under investigation, and at risk of a penalty. 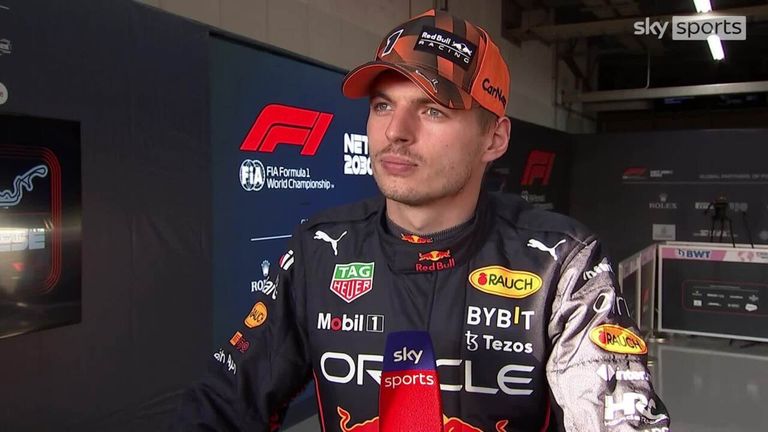 The F1 rules state that “at no time may a car be driven unnecessarily slowly, erratically or in a manner which could be deemed potentially dangerous to other drivers or any other person”.

However, after meeting with Verstappen and Norris, the stewards only issued a reprimand as “all previous breaches of this nature” have previously resulted in that punishment.

“The driver of car 1 was aware of car 55 in front and car 4 approaching from behind and decided to accelerate at precisely the same time as car 4 decided to overtake car 1,” noted the verdict.

“Unfortunately, due to lack of tyre temperature on car 1, the driver temporarily lost control of the car causing it to ‘snap’ anti-clockwise.

“The driver of car 4 stated that this was simply an unfortunate incident however it is the driver’s responsibility to at all times maintain control of their car.”

Before seemingly accepting that Verstappen’s move was unintentional, Norris had accused his good friend of impeding him.

“I mean it was quite clear he tried to [block me],” Norris told Sky Sports F1. “There’s no rule on what you can do, but doing what he did is something that you cannot do.

“People always overtake before the last corner, as much as everyone agrees to it [gentleman’s agreement], everyone always does it, so it doesn’t matter, he probably would have done the same if he was in my situation, but I wouldn’t have swerved at him if I was in his situation.” 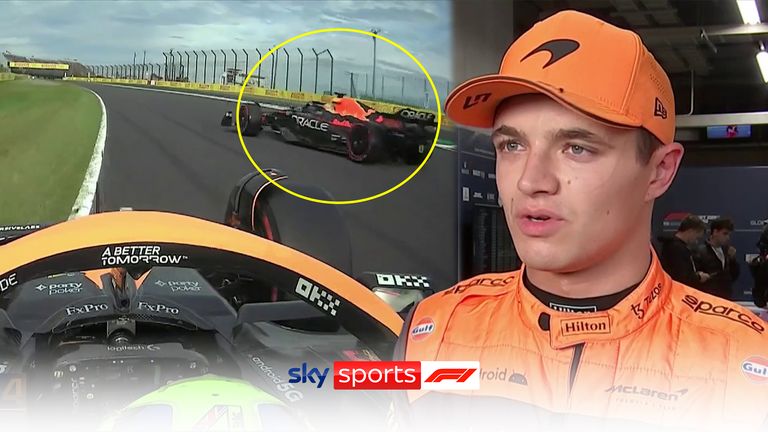 Verstappen, however, argued that Norris should have been more “respectful”.

“We were on our out-lap and we were all lining up to try to create a gap to everyone, and somehow he still wanted to get me into the chicane,” said Verstappen. “But I was at the point of acceleration, I was on very cold tyres so I had a little moment and that’s why he had to drive around me.

“But if you’re just a bit more respectful, then everyone is anyway already lining up. I don’t think anyone is trying to pass into that last chicane, so basically by trying to pass me you create that kind of problem.” 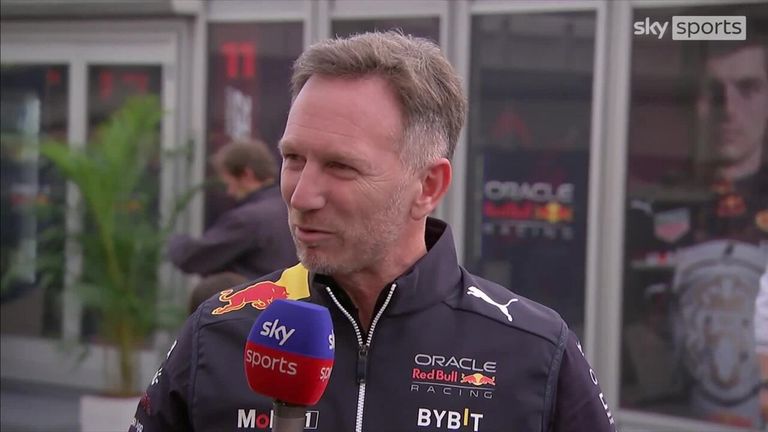 Christian Horner also cited a “gentleman’s agreement” that drivers hold position at the end of their out-laps.

Verstappen added to Sky Sports F1: “Lando is a very good friend of mine so I would never deliberately push him off the track… maybe he thinks I did.

“I saw he was coming quite quick and I wanted to stay ahead of him, and as soon as I accelerated I lost the rear by having cold tyres. I had a big moment and tried to correct the car, and that’s why he had to go through the grass.

“Maybe he saw it as I was trying to turn in on him but I lost the car and I couldn’t have done anything else.” 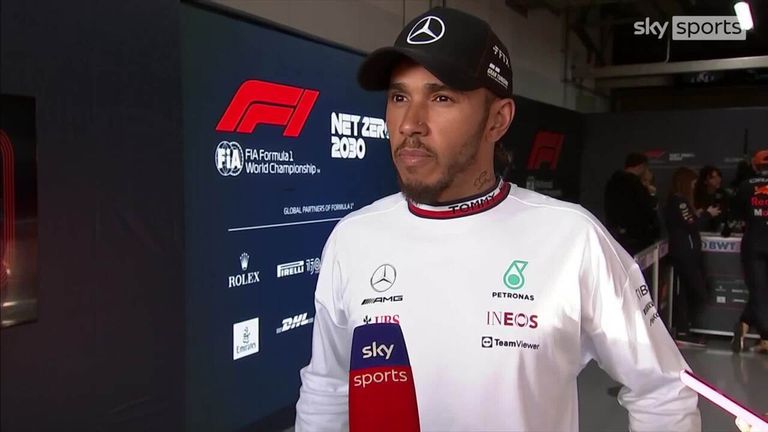 The other qualifying stories and final timesheet

Red Bull and Ferrari were in a league of their own on Saturday – while Mercedes were locked in a battle behind with McLaren and Alpine.

Lacking straight-line speed in a car they surely cannot wait to see the back of, Hamilton and Russell had to put their all into just making it into Q3 and in the end could only manage sixth and eighth respectively.

They were beaten by Ocon and sandwiched by the other impressive Alpine of Fernando Alonso. 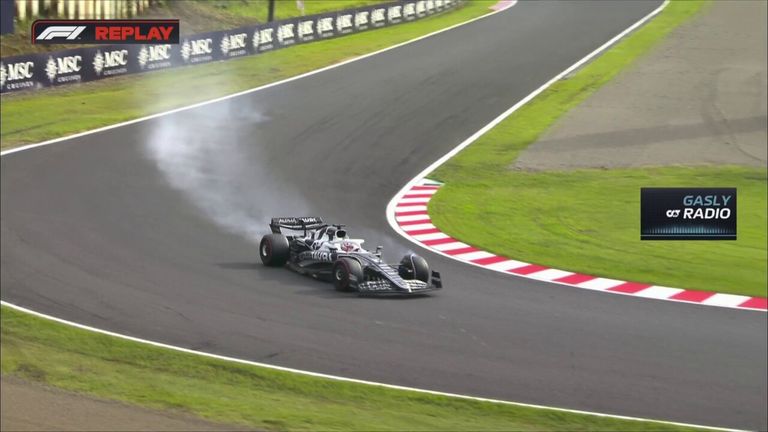 Vettel was another standout from the shootout, making it to Q3, but Aston Martin team-mate Lance Stroll was eliminated in Q1, while one of the big disappointments came down at AlphaTauri.

Pierre Gasly, who earlier in the Suzuka morning was finally confirmed as an Alpine driver for 2023, only qualified 17th.

Watch Max Verstappen bid to seal his second world championship live on Sky Sports F1 on Sunday. The Japanese GP starts at 6am, with build-up from 4.30am.