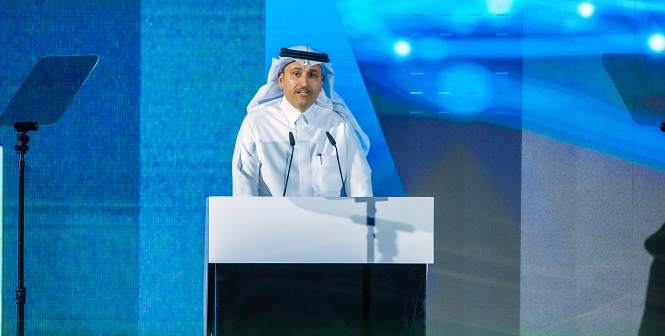 Other logistics zones will follow across the Kingdom to place Saudi Arabia as a logistics hub that connects three continents in line with the strategic goals of the National Transport and Logistics Strategy, Al-Jasser added.

Apple will be the first main investor in the Special Integrated Logistics Zone launched today.

On the other hand, Asharq Business quoted Al-Jasser as saying that the new zone was built on a total area of three million square meters and was situated at King Khalid International Airport. The new zone will be linked to the Kingdom by railways.

It aims to attract top global firms to the Kingdom by exempting them from certain taxes and labor regulations.

Al-Jasser added that Apple will set up a regional distribution center in the zone, as part of its plans to establish an assembly line, along with maintenance services and light manufacturing going forward.

“We’re in talks with other 20 multinational firms. Some of these talks reached a very advanced stage,” he said, explaining that the Kingdom will focus on certain industries, such as technology, communications, aviation and pharmaceuticals.