Aarons, 22, is set to play in the Championship next season after the Canaries were relegated, finishing bottom for the second Premier League campaign in a row.

Norwich have now been relegated in each of their last four top flight campaigns, and a number of their players will be looking for moves away in order to stay in the Premier League.

One of those is Aarons, who has impressed since breaking into the first team during the 2018/19 season.

United have their own issues to overcome this summer, with Erik ten Hag arriving to take charge of a club who have just registered their lowest ever Premier League points total.

The likes of Paul Pogba, Jesse Lingard and Edinson Cavani are all set to depart the club, and Ten Hag will be charged with rebuilding United’s squad to be competitive next season. 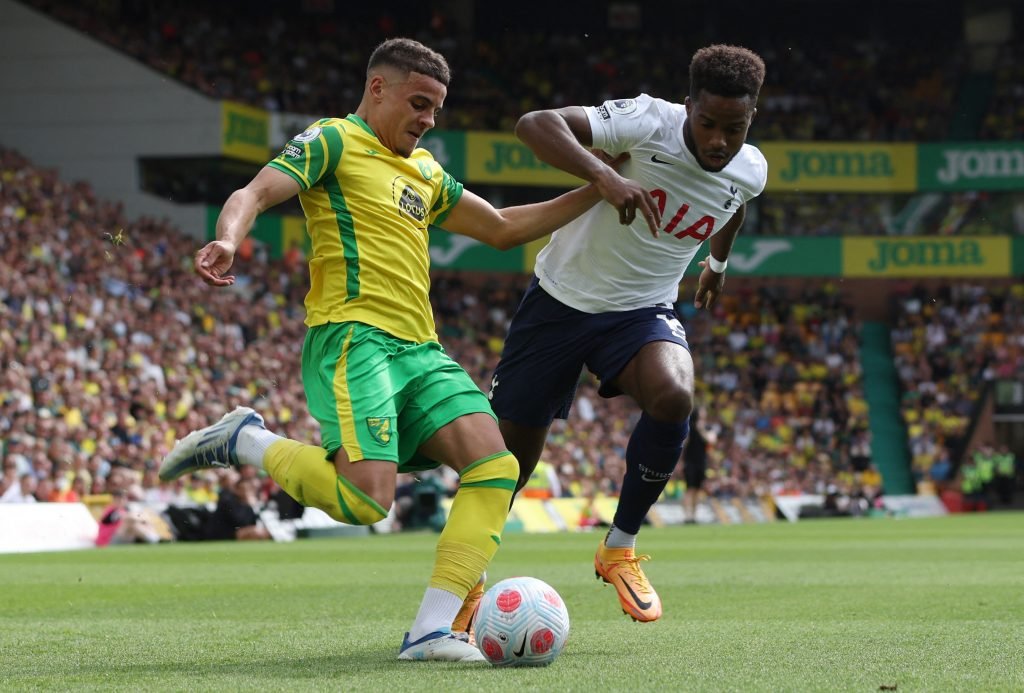 Aarons impressed during a disastrous campaign for Norwich

One player who has reportedly been told he can leave the club is Aaron Wan-Bissaka, who has struggled for form over the past 18 months after a blistering start to life at Old Trafford.

The Dutchman has reportedly decided Wan-Bissaka is surplus to requirements, and Ferdinand feels Aarons could be a superb replacement.

“Someone like Max Aarons, you could put him like a Chris Smalling-type signing where they come in and they have an impact,” the ex-England international said on his podcast, Vibe with Five.

“They may not be straight starters immediately but they go and they stay there for 10 years and have a really good career and they impact the club at different levels.”

Aarons made 35 league appearances for the Canaries this term, and has previously been linked with a number of clubs including Tottenham Hotspur and Chelsea.