Evans had been leading the rough gravel rally heading into Stage 3 when his GR Yaris suffered a heavy impact in a compression, which resulted in a water leak on the car.

Unable to rectify that problem on the road section, last year’s championship runner-up was forced to retire from the day, ending any hopes of a solid points haul.

Toyota has since been able to repair the GR Yaris on Friday evening which will offer Evans a chance to rejoin the rally to challenge for power stage points come Sunday.

“The car is already ready and it is in parc ferme, so he is good to go and start tomorrow,” said Toyota sporting director Kaj Lindstrom.

Rovanpera admitted he struggled for pace and confidence being first on the loose gravel roads, resulting in the Finn completing Friday 1m13.1s adrift.

However, the Finn is refusing to rule himself out of the fight, knowing he will receive a better road position on Saturday.

“It was difficult as we expected and even more difficult than in the morning,” said Rovanpera. “I think the first stage was a bit more sandy so it was not so bad to be the first car in places, but the afternoon had lots of loose gravel, so it was really slippy.

“I really felt I was struggling in the car today in these conditions as you don’t feel confident. Let’s see if we can have better pace tomorrow.

“No [I’m not out of it], and tomorrow is a long day without any service and tough conditions, so if we can have a clean day and faster pace then anything can happen.” 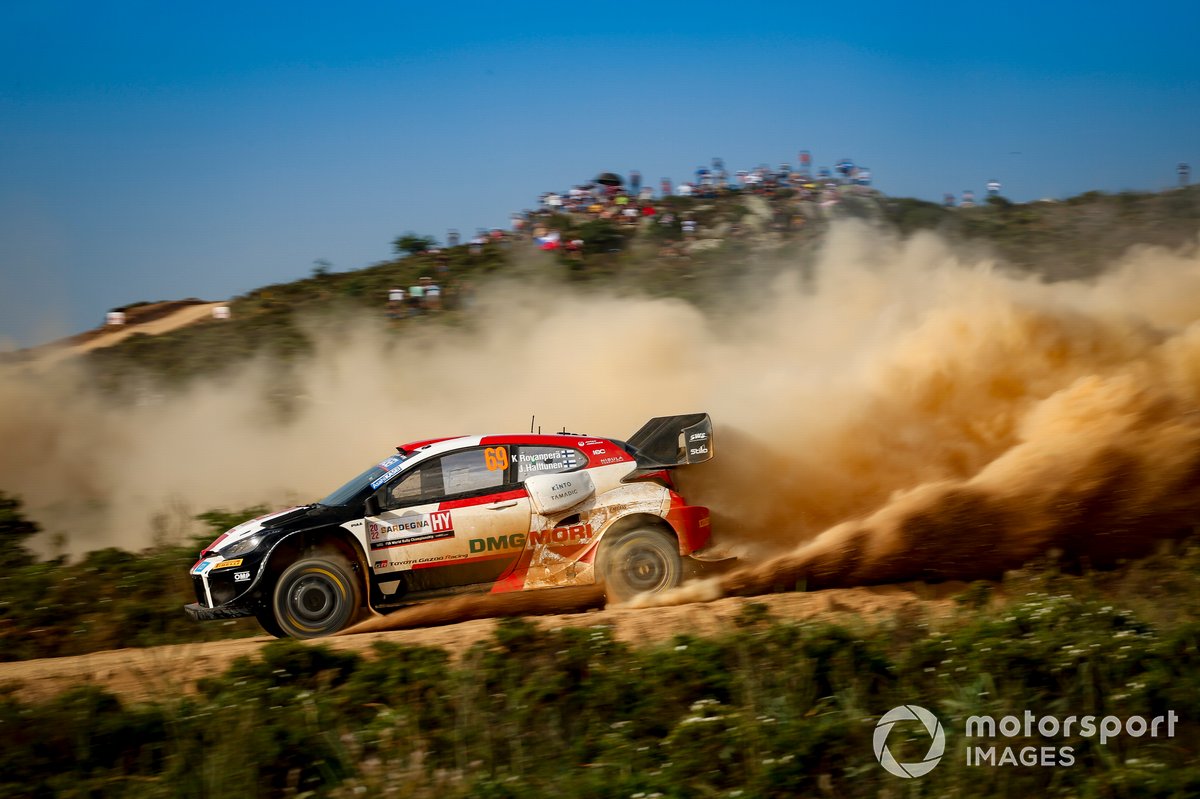 WRC teams and the FIA have agreed to start Saturday’s leg of the rally earlier to help avoid the dust issue that frustrated drivers on Friday morning.

Drivers labelled the conditions on the day’s opening stage as “dangerous” as a combination of three minute intervals between the cars and still weather conditions meant dust hung in the air that significantly reduced visibility.

Four-minute intervals were used in Portugal two weeks ago, but due to a packed itinerary in Sardinia the time between stage starts for crews was reduced by a minute.

However, the FIA has since issued a proposal to start the day 10 minutes earlier which has been approved by the teams, ensuring four-minute intervals will be introduced for the first two stages.

The first stage is expected to begin at 0735 BST.