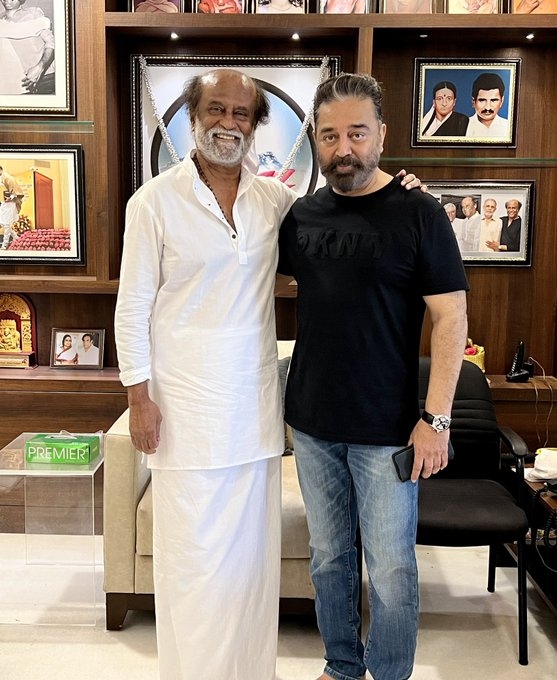 Superstar Rajinikanth and Ulaganayagan Kamal Haasan have been fierce rivals on screen for the better part of four decades but have maintained a close friendship for the past half century. Their fans may be at war on social media but the legends themselves prove time and again that they are inseparable by any force.

Meanwhile Kamal Haasan along with Lokesh Kanagaraj and producer Mahendran of Turmeric Media met Rajinikanth at his residence and presented a boquet to him. The Thalaivar wished the team for the super success of ‘Vikram’ and Lokesh gushed “Thank you @ikamalhaasan Sir! @rajinikanth Sir! What a friendship! inspiring Love you Sir’s❤️❤️❤️” 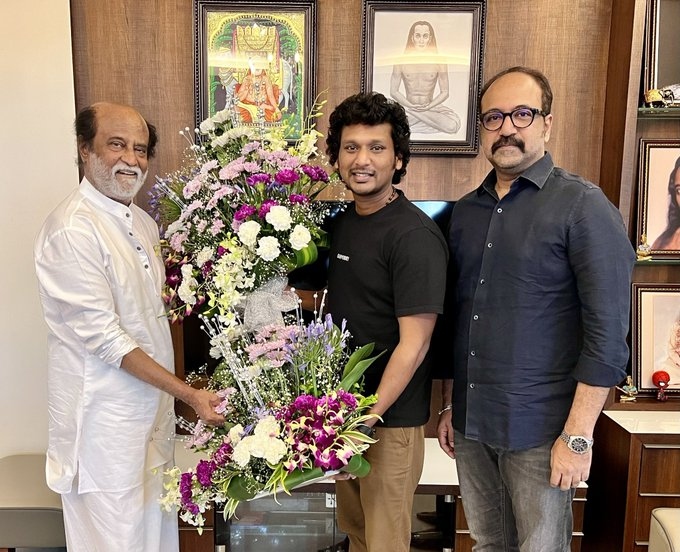 While on the surface this meeting may look like its for ‘Vikram’ the words of Lokesh hint that it could be for something bigger. Early in 2021 talks were on for Rajini to act in Kamal’s banner Raaj Kamal Films International and the project was to be ‘Thalaivar 169’. However the coronavirus pandemic stalled the project and thats how ‘Vikram’ was made instead.

Lokesh Kanagaraj in his recent interview confirmed this and also stated strongly that his project with Rajini and Kamal will go ahead in the future. Even during the ‘Vikram’ audio launch Kamal stated that Lokesh would be doing a film for him in the future as well.

This sudden meeting between Rajini, Kamal, Lokesh and Mahendran does suggest that there is every likelihood of the combo movie getting a green signal. If this materializes then it would well be one of the biggest casting coups in Indian cinema. Lets wait with bated breaths for the official word.