Birmingham prevented QPR from re-taking top spot in the Sky Bet Championship with a 2-0 win at St Andrew’s.

An outrageous flick from Arsenal loanee Auston Trusty gave the Blues the dream start inside four minutes, with Emmanuel Longelo stylishly doubling the lead just before the half-hour.

Rangers lost Jake Clarke-Salter and Tyler Roberts to injury between the goals, and their miserable evening was compounded late on when Lyndon Dykes’ penalty was superbly kept out by John Ruddy.

The Blues’ climb up the table continues as a result, with John Eustace’s men sat 11th – three points off the play-off places – ahead of the remainder of the weekend’s action. QPR stay second, two points behind leaders Burnley.

Birmingham City’s Auston Trusty put’s his team ahead with this outrageous flick which loops over Seny Dieng in goal.

Birmingham ranked 22nd in the division’s possession ranks before kick-off, with their three goals from fast breaks a league high – yet while the stats suggested otherwise, their play had a real intensity about it from the off.

With less than four minutes on the clock, that intensity was rewarded. Krystian Bielik helped the ball back into the box after his air kick, with Trusty having the presence of mind to flick the ball, with his back to goal, into the air, over a helpless Seny Dieng and into the net. 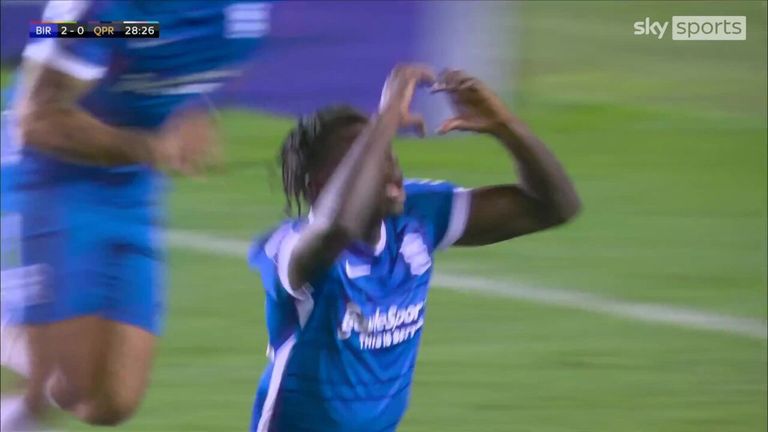 Birmingham City are now 2-0 up against QPR after this brilliant curling effort from Emmanuel Longelo.

QPR responded well to the setback and came close to equalising on three occasions. Ilias Chair’s free-kick was tipped over by Ruddy first, Harlee Dean’s mis-step then allowed Tyler Roberts to power narrowly over without breaking stride, before Dykes seized on a loose ball to fire a first-time shot straight at the Blues goalkeeper

But within a matter of minutes, their gameplan unravelled when both Jake Clarke-Salter and Roberts were taken off injured within six minutes of one another. The latter left the pitch with his shirt over his head, with the Welshman all too aware the World Cup squad announcement is just days away.

It soon got worse for the visitors. Longelo – on a season-long loan from West Ham – received the ball on the left, twisted and turned past Ethan Laird and then found the bottom-right corner with a low curling finish.

Rangers did step onto their opponents after the break but, aside from two half-hearted penalty appeals – once when Chair’s cross struck Maxime Colin’s hand at point-blank range and then following some grappling in the box – they failed to create any clear-cut chances of note. 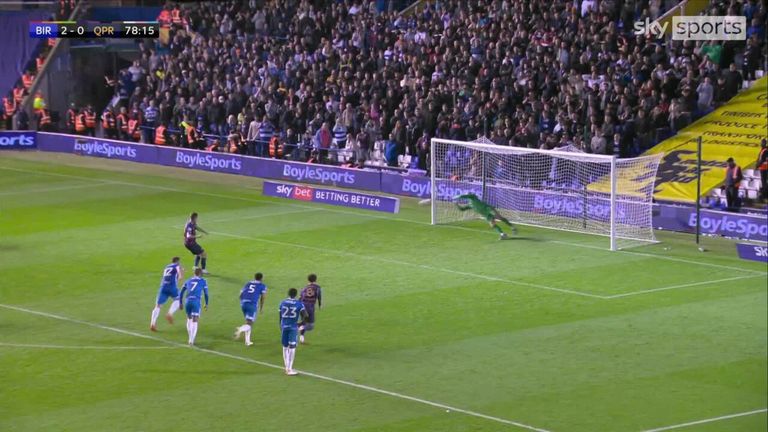 That changed with 12 minutes to play, when Longelo struck Laird with a high boot, and referee Tim Robinson awarded a spot-kick. Dykes stepped up to take it – and struck the ball with power – but Ruddy dived to his left to push the ball round the post, in a manner that defied his 36 years, to round off a wholly positive evening for the Blues.

Player of the match – Auston Trusty 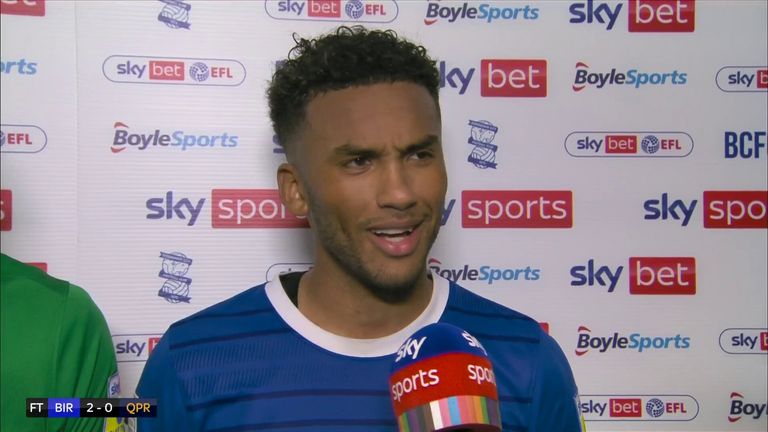 Birmingham City’s Auston Trusty was quizzed on his incredible opener for the home side, as well as receiving the player of the match award.

“He has been brilliant again. Yes, the goal might have been a fortunate one, but he had to instigate what he did himself. Defensively, he was absolutely excellent and he should have every chance of going to the World Cup with the USA.”

What the managers said… 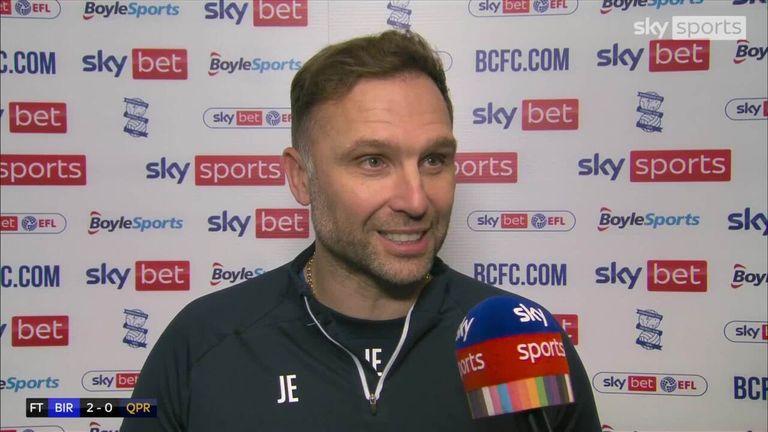 Birmingham’s John Eustace: “I thought we showed great character. In the first half, we were excellent and in the second, we really had to dig deep and that showed the character we’ve got at this football club. The squad of players we have here have been absolutely superb since day one. You can see the togetherness we are trying to build at the club and it was really pleasing.

“There were big moments in that second half where they put their bodies on the line to keep a clean sheet and for big John Ruddy to save that penalty was unbelievable. It gave us a bit more life, a bit more energy and it brought that fans alive again.” 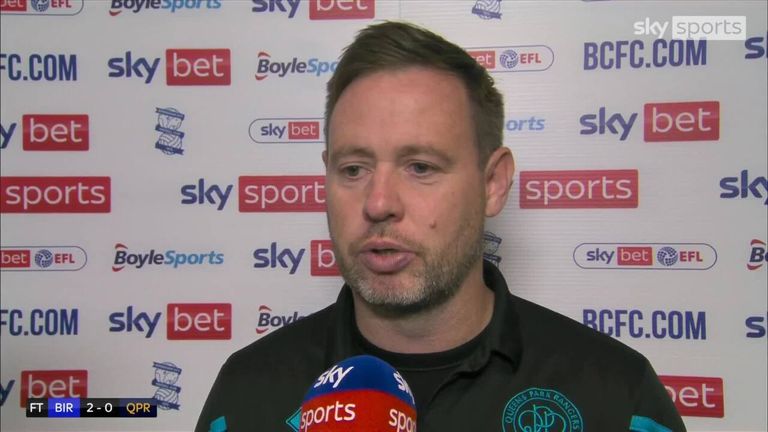 QPR manager Michael Beale says his team were very unfortunate in their 2-0 loss to Birmingham City but hopes they can respond in their next game against Norwich.

QPR’s Mick Beale: “Everything that could have gone wrong actually went wrong. We lost Stefan Johansen as well; he hobbled to half-time to allow us to make the extra sub then as otherwise we would have been out of moments to make subs. It was a really bad night tonight.

“I thought Birmingham were decent in their gameplan. We were slow getting started and we didn’t recover.”

Both teams are back in action at 7.45pm on Wednesday November 2. Birmingham welcome Millwall to St Andrew’s, with QPR travelling to Carrow Road to take on Norwich – and you can watch both matches live across Sky Sports.